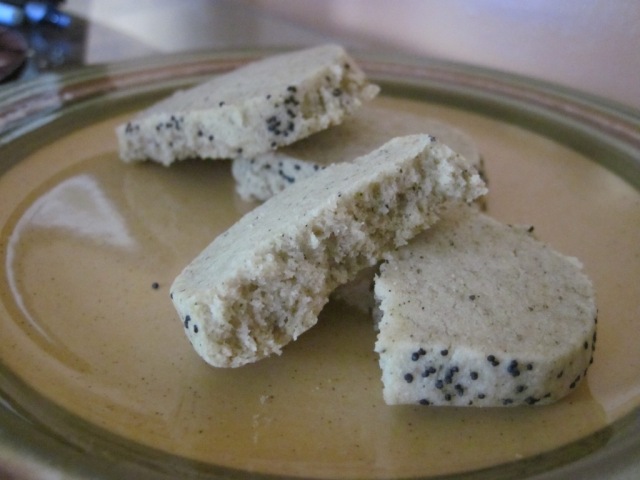 I survived my field work by putting in a 12-hour day the first day and a 16-hour day the second, which got us home a day early.  It was really nice to get home early, despite being exhausted–Stinker was so excited to see me when I got home late Thursday, she was bouncing all over the place!

While I was gone my fruit trees I ordered through a mail order catalog arrived.  I was so tired Thursday night when I got home that I didn’t even notice them, even though I walked right past them to get into the house.  I did not go into work Friday.  I put in my time Wednesday and Thursday, so I stayed home and slept in, did laundry (the ticks were out en masse and I pulled several off of me and my clothing), and planted my new fruit trees.  And they were huge!  I have ordered cheap fruit trees in the past and gotten scraggly little whips that will probably not produce fruit for 5 years, if I’m that lucky.  But these trees were totally worth my investment–they are 5 feet tall!  The forecast was perfect for planting new trees, too.  It was overcast Friday afternoon when they went into the ground and it has rained all day today.  It’s supposed to be rainy again tomorrow and overcast for the next few days.  Perfect!  They will endure little stress while getting accustomed to their new home in my backyard.  And I don’t have to remember to water them, either.  Bonus!

I have 3 new trees (I ordered 4, but they were unable to fulfill my peach tree order)–I have 1 plum: Mount Royal dwarf; and 2 pears: Clapp’s Favorite and Flemish Beauty.  This brings my grand total of trees in the orchard to 9, three of which are chokecherries that were there when we bought the house.  The others are 2 apple varieties, Red Duchess and Chestnut crab (a large, golf ball-sized crab), and a plumcot (a plum-apricot hybrid).  I’m going to get some crab apples this fall because it is flowering like crazy right now.  Yay!

Since it’s been raining all day, and thus I am not working in the garden, I did a little decluttering around the house this morning then I decided to make some cookies.  I had nearly a week’s worth of papers to get caught up on yesterday, and I found a recipe for green tea shortbread cookies.  Intrigued by this, I decided to give them a try.  I used regular flour instead of spelt flour and poppy seeds instead of black sesame seeds.  I also added a touch of vanilla extract and bumped up the sugar just a tad.  I think they turned out pretty nicely, if I do say so myself.  They are rich and buttery, so I’ll have to moderate my consumption, especially since I don’t think I’m going to get a run in today.

Cream butter with sugar and vanilla extract in a standing mixer until mixture is fluffy.   Add flour, cornstarch, tea, and salt and mix into butter mixture using a low speed, slowing increasing until all ingredients come together and pull away from the sides of the mixing bowl. 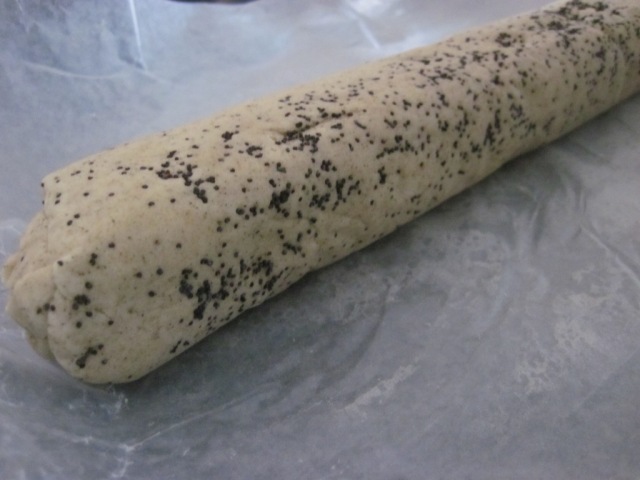 Cut into ½ inch pieces and place on parchment paper-lined baking sheet, leaving about 1 inch between cookies.  Bake at 275 degrees F for 30 minutes or until golden brown. 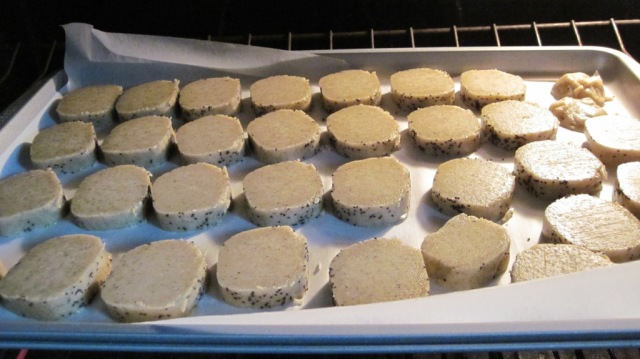