Posted on December 26, 2015 by blondetresses 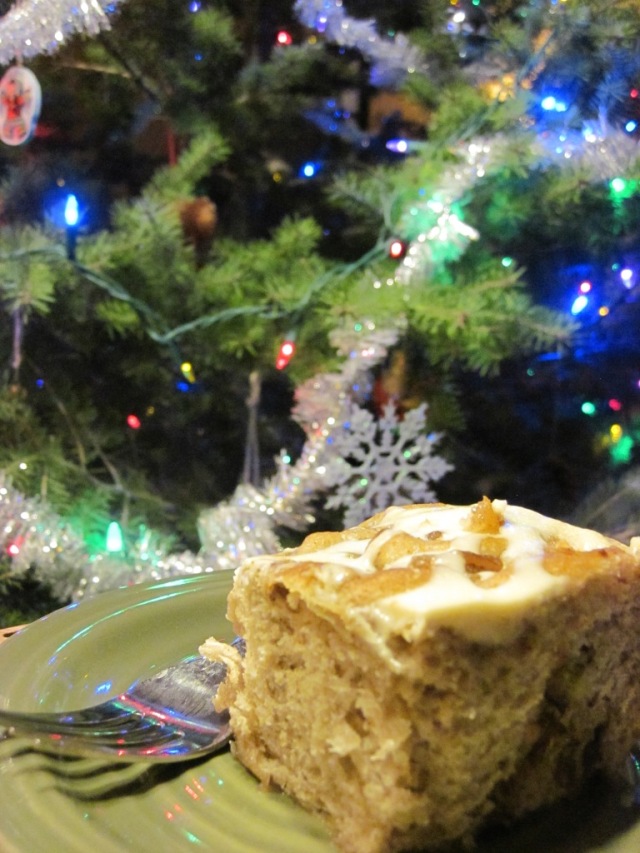 I’ve been away from the blogging world for a while.  Life has been a little crazy lately.  I went part-time in October, starting working part-time at my gym in November, put in a ton of hours in November working (not working out) at the gym, applied for a job in November, had a job interview last week, and was offered the job the next day.  Needless to say, I accepted the job.  And it was a very Merry Christmas at my house.

The nice thing about working at the gym is it gets quite slow in the evenings so it has given me a chance to take up knitting again, something I haven’t done much of the past few years.  It has also given me a chance to put my colored pencils to use in one of the three coloring books I ordered this summer.  I also get a free membership out of the deal.  And my new job is part time, so I’ll have every Tuesday and Thursday off to volunteer at the CSA during the summer, garden, cook, clean house, finish writing my book, take Stinker on hikes, work out at the gym, and go kayaking.  Plus I can still work at the gym and earn a few extra hundred bucks a month while I knit.  Kinda sweet.

Speaking of sweet, for Christmas morning I made some cinnamon rolls.  But these were not just any old cinnamon rolls.  I had 2 very ripe bananas on my counter and I decided that I’d experiment and use the bananas in my cinnamon rolls.  I envisioned something like a spicy stuffed banana bread, and it worked out pretty well.  I used my bread maker to prepare the dough, which saved me a lot of time because I threw the ingredients in the bread pan, set the machine, and walked away to do other things.  One hour and 30 minutes later, my dough was ready!  I LOVE my bread machine for so many reasons…and cinnamon rolls is but one of those reasons. 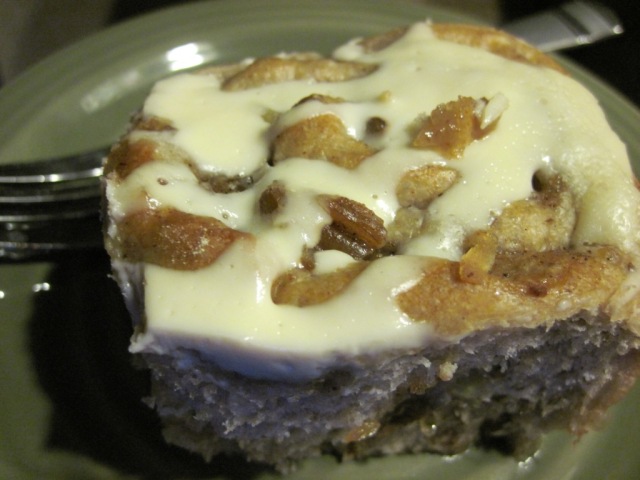 Place all the ingredients in a bread machine pan and set the bread machine to the Dough setting.  When the dough cycle is almost complete, prepare the cinnamon spice filling.

Combine all ingredients in a medium bowl and set aside until the dough is ready.  Spray non-stick spray in a 9″ x 13″ baking pan and set aside.

To prepare the cinnamon rolls, generously flour the countertop, then remove the dough from the bread pan onto the floured surface.  Use a rolling pin to roll the dough into a large rectangle, approximately 16″ x 20″.  Spread the spice filling evenly over the rolled dough, spreading it all the way to the edges.  Carefully roll the dough up along the long edge, then cut into 12 pieces.  Place the cinnamon rolls in the prepared baking pan, leaving space between each roll.  Cover and leave in a warm area to rise for about 30 minutes.  Preheat the oven to 350 degrees F and bake the rolls for about 25 minutes, or until lightly browned on top.  Or, if making the night before, cover and place in the refrigerator overnight.  Remove the pan about 15 minutes before placing in the oven.  Bake as normal.  Remove from the over and immediately drizzle with glaze.

Mix all ingredients together in a small bowl and drizzle over hot cinnamon rolls.